Did Amazon Jump the Curve–Again? 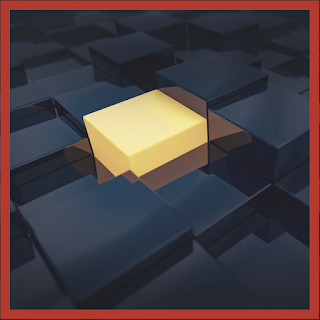 The new Amazon Cube will be shipped on June 21, 2018. This is the first TV "remote control" that is 100% voice controlled, and it is not a marginal improvement over conventional remote controls. It is certainly considered as a technology and usability jump of magnitudes.
But this is not the first time Amazon jumped the curve. In the mid 90's, Amazon was the first to sell books online and became a major player in the book retail industry. Amazon has announced to implement the delivery of products via drones. These are two more examples where Amazon is creating solutions that are not just improvements of a certain offering. They mark milestones in the evolution of the usage of technology.
Amazon seems to follow the same path as Apple did by doing what Steve Jobs said once: make products not twice as good but 10 times better.
Does your company have the ability to jump the curve? Let's assume you have an insurance brokerage firm. Can you create a service for your clients that adds a component that they cannot say no to? If yes, you have jumped the curve.
-----------------------------------------

May 27, 2018
It is important to make a distinction between the term Brand and Branding. If we use the analogy of an iceberg, things underneath the waterline are represented by the term Brand. They are not immediately seen by the audience, like employees, suppliers, and even the company's products or services, customers and other partners represent the brand. In contrast, Branding is an activity that is visible and is considered the process of  designing brand identity .  Items that are the result of branding include all identifying artifacts like the logo, icons, avatars, taglines and the company name. The output of branding activities consists also of a style guide, employee guidelines, the vision and mission statement and a list of company core values. If we go one step further and create branded touchpoints like flyers, business cards, posters, etc., we consider this step Marketing. Marketing is illustrated as ships that come and go from the iceberg. Brand Builder Box™ considers the e
1 comment
Read more

June 07, 2018
The day after Steve Jobs died, Guy Kawasaki gave a talk at the Silicon Valley Bank’s CEO Summit. After watching his speech I felt that many of his lessons really touch on doing great branding, so I  summarized these 12 lessons in this post. Experts are clueless, don't listen to them if you want to create a new product sub-category. You cannot ask customers what they want if you plan to develop a new sub-category. They will think status quo and just try to improve the existing products marginally.  The biggest challenge will win. Challenge your team to make big jumps, they will pay off.  Design truly counts, use big graphics and big fonts. Jump curves from one product cycle to another and don't follow one to the end. His motto is Change or Die.  It is important to make big inventions – make products not twice as good but 10 times better. Think telegraph to telephone.  All that really matters is if it works or not. Real entrepreneurs don't compete on price. (Price v
1 comment
Read more

3 Steps to Re-Branding Your Company

November 15, 2018
Sometimes, you hear that a company announces that they are planning a rebranding initiative. You might wonder what exactly this means. Are they changing their logo, their brand colors or maybe even adding some additional brand touchpoints like signage or event banners to the brand? What might often be overlooked is what a rebranding initiative really entails. Rebranding is the changing of a company's brand's identity. A company's Brand Identity includes everything from why the company is in business, how they operate and what they are offering. Rebranding a company can be compared to a person not only changing the person's cloth. It is more like a person decides to go to different restaurants, changing the job, getting new friends or even changing a partner. Here are the three basic steps to rebrand your company: Research how people see your brand by looking at your Brand Image . Review and re-define your Brand Identity . Hire a graphic designer to create your Bra
Post a Comment
Read more