New industry sub-categories are based on existing industries but add a component to it that has a crucial impact on its usage? Best examples are Apple's invention of the Personal Computer, Henry Ford's production of better cars, and Lyft's filling a new niche in the rideshare industry.

The most successful brands have created a new category in their industry.

Once I heard the saying that nerds & hippies were typically the ones that create new categories because they tend to dislike mediocracy or status quo. They typically don't make decisions based on a set number of choices. They would decide for a solution outside of the norm. Steve Jobs also calls this phenomenon "jumping curves." What he means by that is that every product or any other development follows a life cycle that typically starts slow, accelerates and then falls off. His point is that, as a company, creating a new category means to jump on the next life cycle (curve) that is propelled by a product that is 10 times better (not twice as good) and that replaces the current product. Successful businesses do just that, being the first to jump onto the next curve.

Steve Jobs once said: "There were too many people at Apple and the Apple Ecosystem paying the game of 'for Apple to win Microsoft has to lose'. And it was clear that you didn't have to play that game. Apple did not need to beat Microsoft. Apple had to remember who Apple was."  – Steve Jobs  August 1997 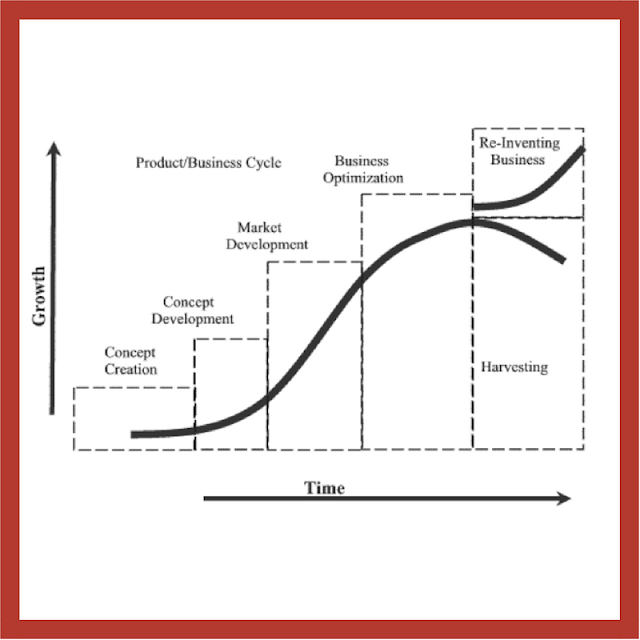 June 07, 2018
The day after Steve Jobs died, Guy Kawasaki gave a talk at the Silicon Valley Bank’s CEO Summit. After watching his speech I felt that many of his lessons really touch on doing great branding, so I  summarized these 12 lessons in this post. Experts are clueless, don't listen to them if you want to create a new product sub-category. You cannot ask customers what they want if you plan to develop a new sub-category. They will think status quo and just try to improve the existing products marginally.  The biggest challenge will win. Challenge your team to make big jumps, they will pay off.  Design truly counts, use big graphics and big fonts. Jump curves from one product cycle to another and don't follow one to the end. His motto is Change or Die.  It is important to make big inventions – make products not twice as good but 10 times better. Think telegraph to telephone.  All that really matters is if it works or not. Real entrepreneurs don't compete on price. (Price v
1 comment
Read more

May 26, 2018
Top   Ten   Branding   Mistakes  – Series #2 of 10 – Mistake #2 "Assuming creating a cool logo is enough" Everything your customer sees tells a story. Branding  touches everything you say, do, and ... not do. Good Morning, First of all, I need to apologize to you. Many of the recipients of my last email might have received an email starting with the greeting: "Hi there at, <company name>”. My intention was to fill in your company name but I mixed up the fields, so some only received “Hi there at,”. Such a greeting is certainly not only a turn-off but also bad  branding . So, this is the unplanned  branding  mistake #1 and 1/2:  make sure you build a complete lead and customer list, test every  branding  touch-point you create and make sure it looks and feels right . Again, I am sorry for my mistake. Now, I am working on our database that has over 1,000 customer records to complete the contact information. Until this is completed thi
Post a Comment
Read more

What is Deep Branding?

May 25, 2018
Do you want to know what's hidden deep down in your brand? Deep Branding is when you look carefully at both sides of your brand: Inside your business: dive deep into your own business vision, mission, and values. Outside of your business: look every possible touchpoint between your company and your potential audience.  Deep Branding is a relatively new term that describes activities performed by company owners, managers or third-parties that plan to look at more than just their logo and their website when branding a company, product or service. We have developed Brand Builder Box™ to provide a platform that allows deep branding. Our online-platform enables to run and document brand workshops and audits. You can create a free account here  Brand Audit Account .  I ngemar Anderson Schedule an Appointment Ingemar Anderson President   |  Reprospace, LLC Mobil:  +1-206-849-6855 Main:   +1-360-697-2286 Ext. 404 Direct
Post a Comment
Read more